1 in 4 People in Michigan Have a Preexisting Condition

Prior to the passing of the Affordable Care Act in 2010 – commonly referred to as “Obamacare” – most insurance providers would issue policies based on a customer’s current health and health history. For this reason, many Americans with preexisting conditions were denied access to private health insurance and treatment. According to the Kaiser Family Foundation, the number of American adults under 65 years old with such health conditions is now 27%. 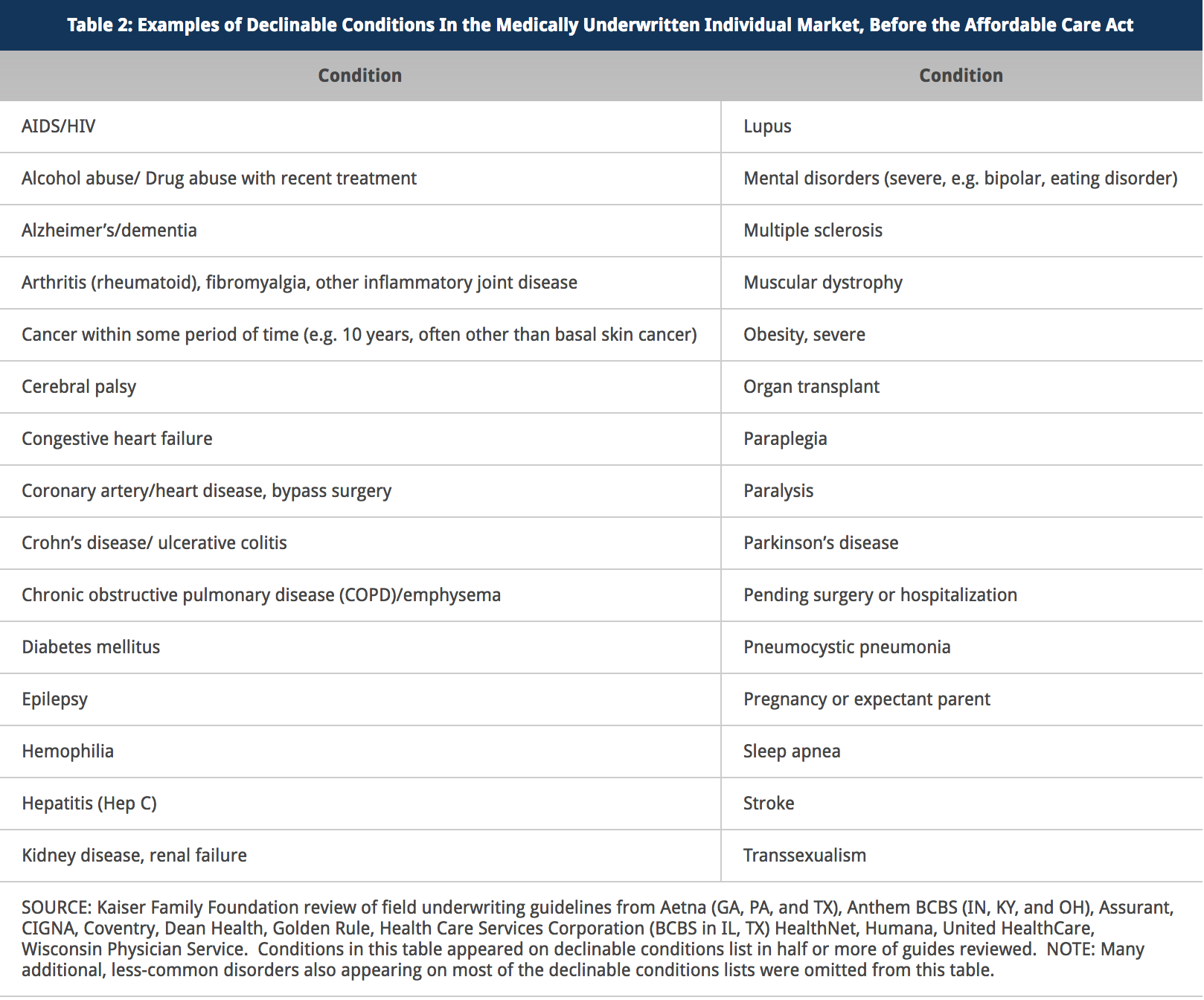 Before the Affordable Care Act, insurance companies could deny coverage based on conditions such as Crohn’s disease, obesity, and even pregnancy. Repeal may result in the return of such policies, unless other protections are put in place.

Click here to see how many people have preexisting conditions in every state.

24/7 Wall St. analyzed data from the Kaiser Family Foundation on the number of Americans that have health conditions that would likely leave them uninsurable by private providers prior to the ACA. Data on the percentage of the each state’s population without health insurance coverage and median household income for each state is from the U.S. Census Bureau’s 2015 American Community Survey one-year estimates. We also included 2013 life expectancy at birth from the Institute for Health Metrics and Evaluation, a global health research center affiliated with the University of Washington.

Average Date Costs Over $100 in Michigan